The origin and development of musical fountain 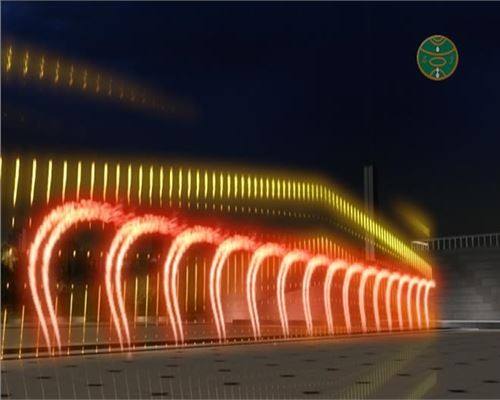 The computer music fountain reflects the connotation of music and the theme of music through the ever-changing fountain shape combined with colorful lighting. A good music fountain should be able to fully express the music by changing the water shape. We have used many high-tech methods, and after years of repeated exploration and continuous improvement, we can be guaranteed technically. The Magician computer music fountain system software developed in 1998 is a model of applying computer control technology, computer multimedia technology, and music fuzzy analysis and processing technology to the fountain system. The magician computer music system adopts digital synchronous processing technology, which makes the music and water type change completed within 0.1 seconds, giving satisfactory results on the senses and hearing. It adopts multi-level distributed control structure and isolation design to ensure system safety , Reliability and stability; Modular design is adopted, so that the system has good scalability, strong compatibility, and easy installation and maintenance.

The musical fountain is based on the program-controlled fountain with a music control system. The computer decodes and encodes audio and MIDI signals, and finally outputs the signal to the control system, so that the fountain’s shape and lighting changes with the music Keep in sync, so as to achieve the perfect combination of fountain water type, lighting and color changes and music mood, making fountain performances more vivid and rich in content. Music fountain: It can be changed according to the ups and downs of music. Users can write their favorite music programs in the editing interface. The playback system can achieve a unified atmosphere of music, water, and lighting, and playback synchronization.

Next: On the selection of the position and height of the square fountain water show